Excerpt from Someplace Else

The trail got narrower and narrower until it disappeared. Nothing ahead but woods. But Joe pulled us around some trees and I could see a faint white line between the undergrowth. And suddenly, there it was. "The Blue Hole," he said, solemnly.

I couldn’t respond; for once in my life I had no speech. I had heard of the existence of a Blue Hole in the other Barrens, but only seen pictures of it. When I got back, I would never look for it; because if you have been on top of a blood moon, slid down a rainbow, or gazed at the Milky Way from Pluto, then how could the small marvels of the mundane Earth compare? The Blue Hole was a perfect circle of blue. Bluer than the blue of the bluest sky; bluer than the blue of a mountain lake or a perfect sapphire. It was bluer than the eyes of an Alaskan husky or a Viking warrior and bluer than all the blues in a painting by Monet. It was the most exquisite blue there ever was. What I’m trying to say is, it was freakin’ blue.

Joe brought me to the edge and we both kneeled down, and put our arms out, and plunged our hands into this astonishing blue liquid. Water in the real world is not really blue; it is as colorless as drinking water. It turns blue when it reﬂects blue sky. But this silken fluid was as blue as if it had been dyed. It had density and substance. We cupped our hands, scooped it up and I half-expected it would stain our hands blue. Over and over, laughing, we ﬁlled our cupped palms with it and then let it slide through our ﬁngers. First I tried to see my reﬂection, but I couldn’t. I leaned forward, trying to get as close to the surface as I could without falling in. How far down could I see?

"Don’t get any ideas, Newbie," Joe said. I guess he thought I wanted to go for a swim. "The regular rules don’t apply. Don’t forget where you are."

"I know," I said impatiently. "Someplace Else." I could tell he was nervous. I thought he needed to lighten up.

I didn’t look at him; just kept playing with the water. And at some point, I lost my mind. I leaned forward some more. "Whoa!" Joe said, and he grabbed my arm. But just like that, I was gone. Down into the Blue Hole.

The water was as frigid as ice if ice didn’t need to melt to be water. I panicked and tried to propel myself up to the surface. Instead, I kept falling. Head ﬁrst, into the depths, which quickly shaded into a deeper, more translucent blue. Then I stopped obsessing about the intense cold and became completely terriﬁed of the relentless downward drag. I tried to push up, back to the surface, but the pull was too powerful and I began to believe I was pretty much doomed.

Where was I going? Down to drown? Or down to a submerged castle, where I would become a mermaid with streaming hair and iridescent tail, darting through ice blue halls? I was glad I decided to grow my hair out. Have you ever heard of a mermaid with a "bob"? I wondered whether my mermaid tail would be blue or green. And I felt no urgency to escape, or even take another mortal breath. But then I saw something that shocked me out of my euphoria; something so eerie and terrifying that I never told Joe.

Below me was a group of people, swaying in the current like a grotesque garden of sea plants. Their pale blue faces were expressionless except for their eyes: they all had bulging, blue-black eyes. One by one they tilted their heads back to watch me as I helplessly descended. They stretched out their arms in unison; imploring me to save them or join them I am not sure which. Maybe both. Were they stuck at the bottom of the Blue Hole? But it was bottomless, wasn’t it? So how could they be hovering there, eternally treading water?

*For a picture of the real Blue Hole in the real New Jersey Pine Barrens, go to the "More" page of this website. 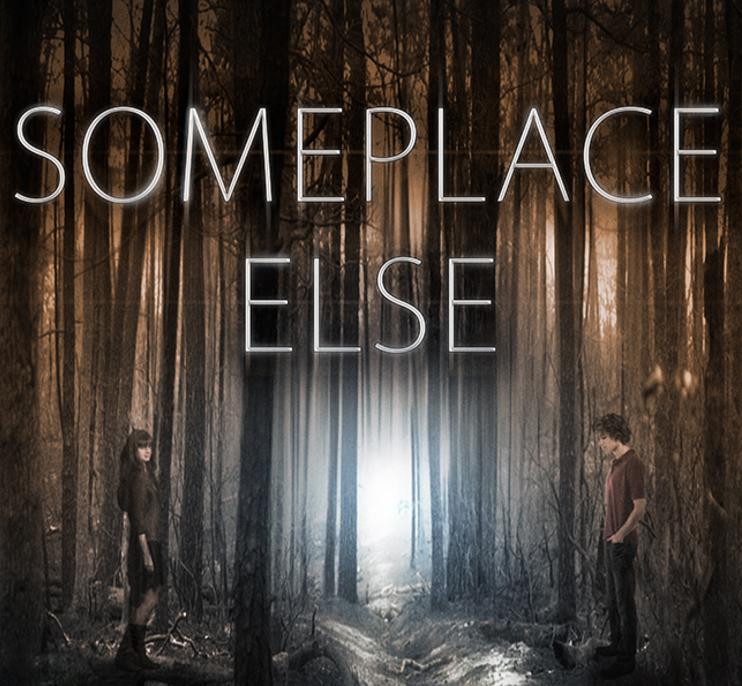 ​​Is there Love after Death?

My supernatural romance Someplace Else...is there Love After Death?  explores the well-documented phenomenon of the out-of-body experience. For those who may believe there is more séance than science in this phenomenon: read below an excerpt from the book by Mario Beauregard: Brain Wars: The Scientific Battle Over the Existence of the Mind and the Proof That Will Change the Way We Live Our Lives
"During OBEs, near-death experiencers (NDErs) are often astonished to discover that they have retained consciousness, perception, lucid thinking, memory, emotions, and their sense of personal identity. If anything, these processes are heightened: Thinking is vivid; hearing is sharp; and vision can extend to 360 degrees. NDErs claim that without physical bodies, they are able to penetrate through walls and doors and project themselves wherever they want."

​This supernatural romance explores the out-of-body phenomenon as experienced by two young star-crossed lovers. Lejeune is sixteen; a rebel with way too many causes, and she's got a tee shirt for every one. Her parents are in the military, so she lives with her Aunt Doe at the edge of the New Jersey Pine Barrens. The next town over, Joe just turned eighteen, and his rich lawyer father gives him a loaded SUV for his birthday. He might as well given him a loaded gun. His mother worried it would be the death of him. And it was. At the scene of his horrific car wreck, Joe lifts out of his damaged body and walks away. But it's lonely, being dead. Joe drops in on his parents and his friends, and haunts all his old hangouts. One day, he goes looking for his ex-girlfriend at her high school and gets a big shock--(she's kissing another guy but that's not it) he sees a scared little girl clinging to the ceiling of a classroom. She sees him, he sees her, so obviously they're both OOBIES (Out-of-Bodies). Suddenly Joe's not so lonely anymore, and Lejeune has found a new way to ditch class. He takes her to his new home, which looks a lot like the Jersey Pine Barrens if the Barrens were in a sci-fi high def, million pixel, thousand G, double-digit D universe. He decides to call it Someplace Else. Lejeune thinks Someplace Else is like a Disney movie. But Joe knows better. It is a clearinghouse of souls; where almost everybody is waiting to find out their fates. The Near-Dead wait for a life-or-death verdict. The Totally Dead wait for the Light to take them to their final destinations. And the Ungrateful Dead wait in the shadows for a ride back to Life, which they can only do by taking possession of the soul of a living person (like Lejeune). Joe suspects the Light will take him soon; and he doesn’t want to go. So he escapes into the Deep Dark, where the Light can’t penetrate. He hopes that someday it will be safe to come out. He doesn’t tell Lejeune, because he knows she would give up her human life to be with him. The Deep Dark is teeming with ravenous creatures that squirm and slither and attack with claws and teeth. Worst of all, it is the domain of the Jersey Devil, a chimera with the head and hooves of a horse, the body of a man, and the wings of some prehistoric bird. Joe’s in too deep. In the meantime, Lejeune is fighting for her soul’s survival. Will they ever find each other again?

And if they do, who will they be?

Someplace Else...is there Love After Death

The  House on Benefit Street